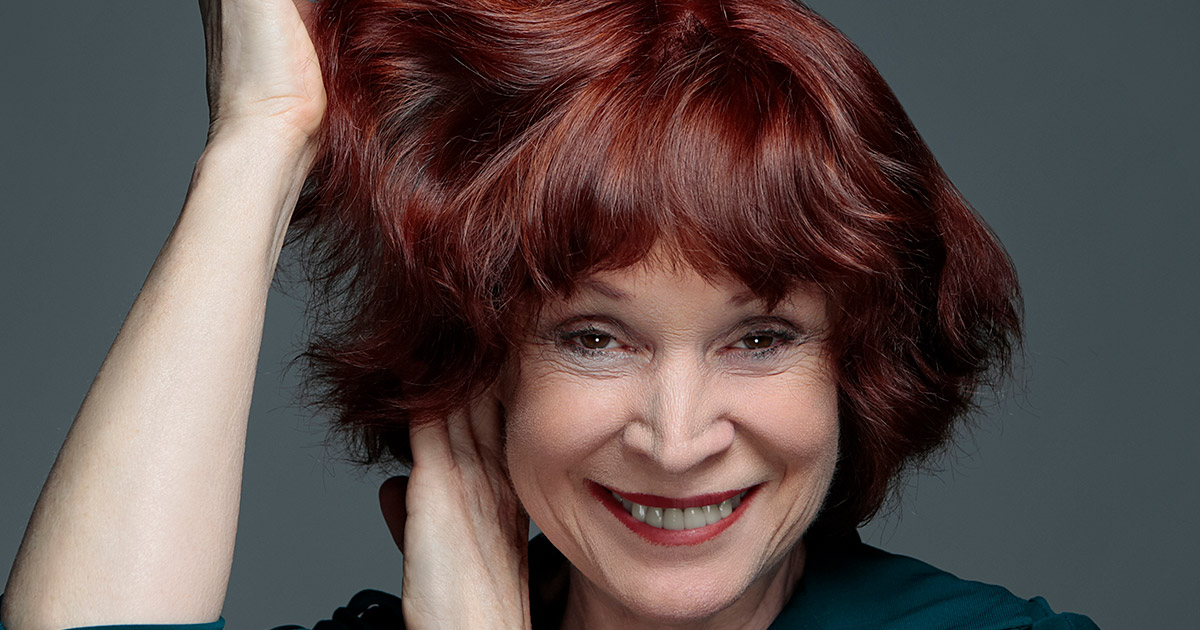 Broadway actress and chanteuse Ann Morrison brings her cabaret show MY FURNITURE SET with pianist/composer John Shirley. She takes you on a musical journey through the furniture moments of our lives, in stories and original songs and timeless classics. Ms. Morrison starred on Broadway in Stephen Sondheim’s MERRILY WE ROLL ALONG (Theatre World Award), Off-Broadway (Drama Desk Nomination), London’s West End and major regional theatre from coast to coast.

Ann is an award-winning actress, writer, teacher and director for over 40 years. As an actress she starred on Broadway in Sondheim’s Merrily We Roll Along directed by Harold Prince (1982 Theatre World Award), and in LoveMusik (2007); London’s West End in Peg; Off-Broadway in the musical Goblin Market (Drama Desk Award Nom.) and joined the original cast of Forbidden Broadway. Nationally, she has starred in Musical of Musicals, The Musical, Sondheim on Sondheim, Into the Woods, Peter Pan, Guys & Dolls, Cabaret, Oliver! Sunset Boulevard, On A Clear Day, Twelfth Night, A Midsummer Night’s Dream, and Good News, Embarrassments, Anyone Can Whistle, plus many many more. Locally she starred in Noel & Gertie, Shadowlands, Ruthless! I Do, I Do!. At the Asolo Rep, Ann has played 7 seasons in 1940’s Radio Hour, Swingtime Canteen, All I Ever Learned I Learned In Kindergarten, Murderers, My Fair Lady, Beatsville, and this years Sound Of Music. The quintessential solo artist, Ann has performed cabaret in major venues across the country, most recently at Feinstein’s/54 Below in NYC. She won a Best Actress Award for her solo play Linda Lovely Goes to Broadway in the United Solo Festival in NYC, and appeared there again with her solo play Word Painting: Soliloquies Around an Easel. Directing credits include both her solo play Trevor’s Fire starring Blake Walton and his solo play Leading Men at the United Solo Festival; large musicals The Secret Garden, Merrily We Roll Along, On A Clear Day, Smoke On the Mountain as well as many plays and revues. Four of Ann’s solo plays are published. She is the Co-founder of Kaleidoscope, a musical theatre workshop for persons with developmental disabilities and Co-founder/ Artistic Director of SaraSolo Productions, dedicated to the development and presentation of solo  performances. She can be heard on original cast recordings and studio recordings such as Merrily We Roll Along, Peg, Goblin Market, Good News, I remember Mama, Lady Be Good, Sing Before Breakfast, and The Road to Ruin. She is the recipient of several HANDY, SAMMY, and SARASOTA MAGAZINE Awards as well as the JOHN RINGLING TOWERS AWARD. Ann plays herself in the 2017 documentary Best Worst Thing That Ever Could Have Happened. wikipedia: https://en.wikipedia.org/wiki/Ann_Morrison

Seating Requests to our Current Nightclub Setting will be Honored in the Order Received.
Founders, Donors and Groups of 4 or More will be Given Priority Seating.
Thank You For Understanding.

Delicious small, shareable plates and drinks are available in the theater 45 minutes before performances and during shows. Full dinner and bar also available at the adjacent Southwest Grill. Call 239-995-3999 for reservations.