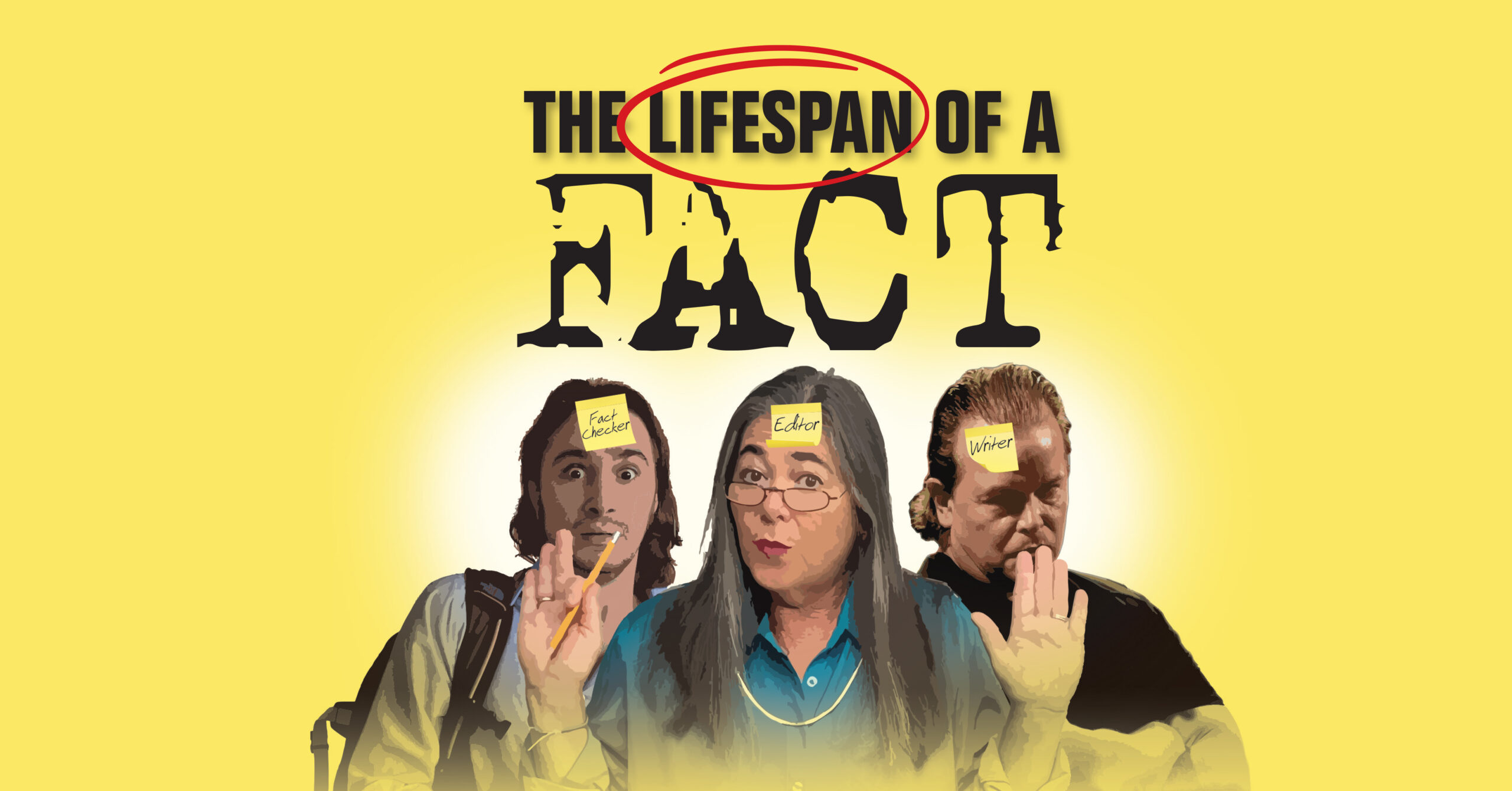 Enjoy an Evening of Theater. The Lifespan of a Fact

An event every week that begins at 7:00 pm on Wednesday and Thursday, repeating until November 14, 2021

An event every week that begins at 8:00 pm on Friday and Saturday, repeating until November 14, 2021

Enjoy an Evening of Theater.
The Lifespan of a Fact. 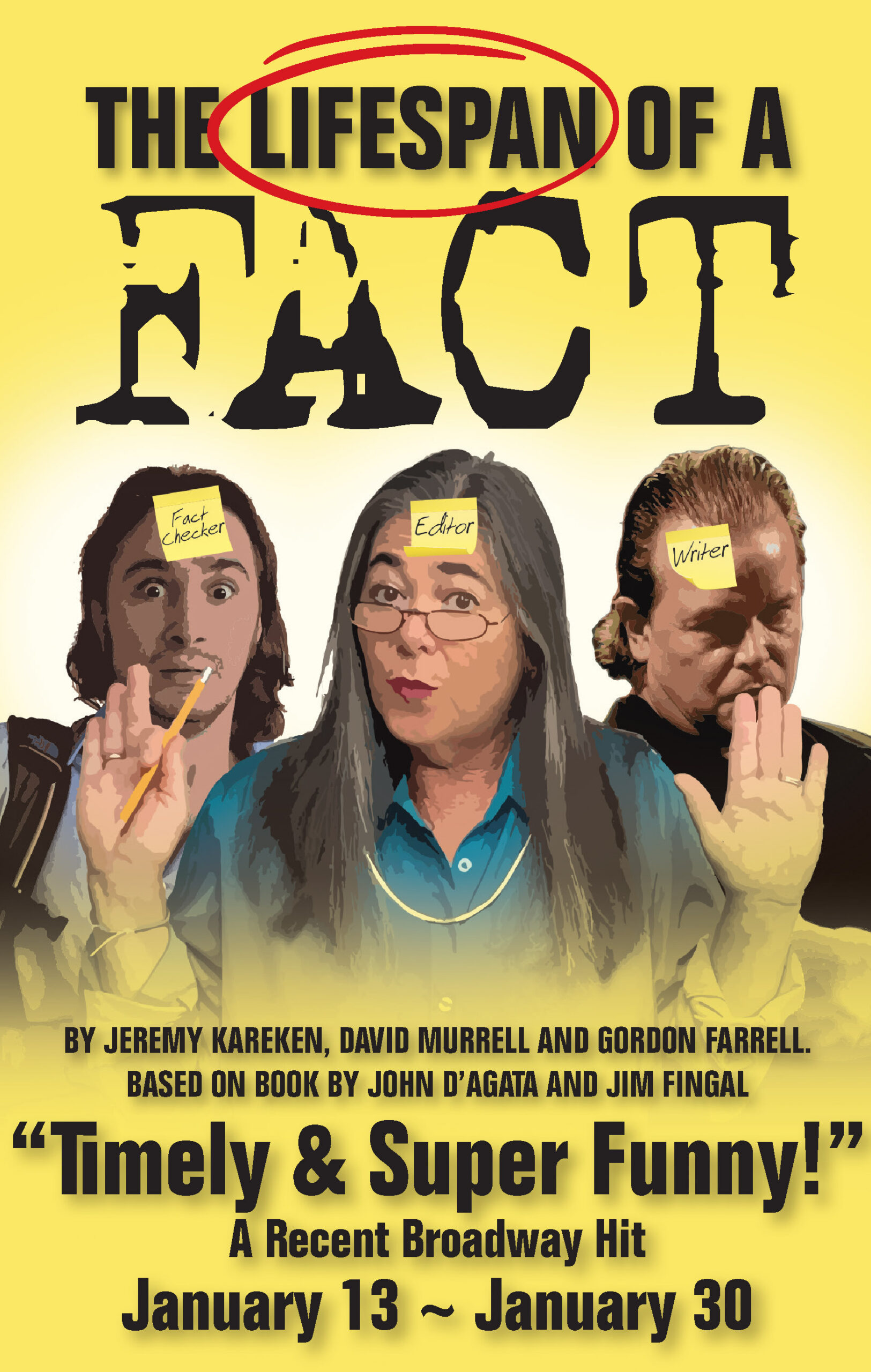 The Lifespan of a Fact
A Recent Broadway Comedy Making it Florida Debut.

Based on book by John D’Agata and Jim Fingal.

Based on a true story. A comic but gripping battle of the importance of truth in journalism. Jim, fresh out of Harvard, is working as an intern for one of the best magazines in the country, whose readership is declining. His boss has given him a big assignment to be the fact-checker on a groundbreaking piece by a legendary author she thinks will save her magazine. But Jim soon discovers he has a big problem, the author made up a lot of his article!

Delicious small, shareable plates and drinks are available in the theater 45 minutes before performances and during shows. Full dinner and bar also available at the adjacent Southwest Grill. Call 239-995-3999 for reservations.